Republican efforts to revise the Affordable Care Act met with widespread resistance Tuesday from conservatives in and out of Congress, moderates in the Senate and key industry stakeholders, casting doubt on the plan’s chances just one day after House GOP leaders released it.

The most imminent and serious threat to the plan crafted by House Speaker Paul D. Ryan (R-Wis.) was the growing backlash from conservative lawmakers and powerful outside groups who argue that the draft is nothing more than “Obamacare Lite,” a disparaging reference to the former president’s signature 2010 domestic achievement.

The lawmakers do not represent a majority of Republicans in either chamber of Congress, but there could be enough of them to scuttle any health-care bill they oppose — and several said Tuesday they intend to use that leverage to force major changes to the measures. Their efforts could begin Wednesday morning at markups of the legislation before the House Ways and Means, and Energy and Commerce panels.

But President Trump said at a meeting with House Republicans on Tuesday afternoon that he would work with them to secure passage of their plan.

According to several attendees, Trump made clear that he wants the House bill to be approved and land on his desk largely intact. He pledged to become personally involved in persuading skeptical lawmakers and warned that failing to pass the legislation would result in trouble at the ballot box for Republicans who pledged to repeal and replace Obamacare. “The president said very clearly . . . this is the bill he wants on his desk, and he wants to get this done quickly,” said Rep. Patrick T. McHenry (R-N.C.), the House GOP chief deputy whip, who attended the meeting. “The president is paying attention to what people are saying and doing, where they’re saying it and doing it. He is highly aware and has a highly attuned ear to what is happening in the press and has a real understanding of the challenges in order to get this bill on his desk.”

As if to prove it, Trump targeted Sen. Rand Paul (R-Ky.) — who has emerged as the bill’s chief skeptic — with a tweet Tuesday evening: “I feel sure that my friend @RandPaul will come along with the new and great health care program because he knows Obamacare is a disaster!”

The margin of error is slim for House and Senate GOP leaders — in the House, Ryan can afford to lose only 21 GOP lawmakers. In the Senate — which is using an unusual parliamentary procedure that requires only a simple majority for legislation to be approved — Majority Leader Mitch McConnell (R-Ky.) must persuade all but two Republicans to support the plan. Republicans have 52 seats in the Senate, and no Democrats are expected to back the overhaul in either chamber.

Following late-afternoon votes Tuesday, several Republican senators privately groused that they felt rushed by their GOP colleagues in the House and by Trump, who they said does not fully grasp the Senate’s slower pace or its concerns.

The senators also expressed skepticism that key White House officials with deep ties to Congress’s conservative wing would eventually be able to lock up the votes for the current plan. Instead, they said there is confusion over who is managing the process and which administration figures, if any, have power to sway Trump on the issue.

One Republican senator, who spoke on the condition of anonymity because negotiations are ongoing, said several senators are asking their leadership to “take it easy” in terms of the timeline, allowing space to debate and analyze the proposal with a “clear understanding of the costs involved.” “If that takes months or a year, so be it,” the senator said.

A second GOP senator said the party was making a “mistake” in its rollout by taking “too much ownership” of health care after years in which Democrats were identified with Obamacare.

The long-anticipated debut of the House GOP plan — after seven years in which Republicans vowed to repeal Obamacare — was far from seamless. Less than 24 hours after its introduction, Ryan and his chief lieutenants were beating back fierce criticism from their right flank about the proposal’s chief elements: income and age-based tax subsidies as well as a redesign of the way that states that expanded their Medicaid coverage under the ACA receive payments. Part of the blowback came from the fact that no cost estimates have yet been provided by the Congressional Budget Office.

“Doing big things is never easy, but we have made a promise, and we’re going to keep that promise,” Ryan said in a late afternoon news conference.

The speaker vowed to pass the legislation, pushing back on the idea that it was crafted behind closed doors without input from fellow Republicans. “We’ll have 218 votes when this thing comes to the floor, I can guarantee you that.”

To do so, Ryan will have to appease conservatives inside and outside of Congress, who made themselves heard loudly Tuesday.

Ryan outlined three phases in which health-care reform would be achieved: first, via the special budget procedure known as reconciliation, of which the current measures are a part; then, through regulations at the Department of Health and Human Services; and finally, the passage of other bills that will need bigger backing and could include the ability to buy insurance across state lines.

Republicans belonging to the roughly 30-member hard-line House Freedom Caucus attacked the bill outside the Capitol on Tuesday. Several said they saw the measure as a starting point for negotiations, even as they demanded that leaders take up the 2015 legislation that passed the Republican-led Congress and that ultimately was vetoed by President Barack Obama. Nonpartisan congressional budget analysts estimated that bill would cause millions of Americans to lose their health insurance coverage almost immediately.

“What we have now is an opening bid,” said Rep. Mark Sanford (R-S.C.), a Freedom Caucus member who has offered an alternative health plan that would offer less-generous aid for individuals to buy insurance.

Lawmakers may also be persuaded by outside groups such as Heritage Action for America, the Club for Growth and FreedomWorks, which came out strongly against the leadership proposal Tuesday, dubbing the plan “Obamacare Lite,” “RyanCare” or “RINOcare,” the latter a reference to “Republican in name only,” a popular conservative epithet for establishment politicians. Those groups are adept at riling up the GOP base against Republican leaders and could cause significant headaches for Ryan.

“The House Republican proposal released last night not only accepts the flawed progressive premises of Obamacare but expands upon them,” Michael Needham, the head of Heritage Action for America, said in a statement Tuesday. “Congressional Republicans should fully repeal the failed law and begin a genuine effort to deliver on longstanding campaign promises that create a free market health care system.”

FreedomWorks and the Club for Growth both decried the plan as a betrayal of Republican campaign promises.

“If this warmed-over substitute for government-run health care remains unchanged, the Club for Growth will key vote against it,” said the group’s president, David McIntosh, referring to a process in which lawmakers are graded on their votes, the better to use them as ammunition on the campaign trail.

Furthermore, at least one of the country’s biggest health-care groups weighed in with caution on the proposal. The American Hospital Association, representing 5,000 hospitals and other health-care groups, argued that the process should not advance until the CBO provides a cost estimate.

There were some signs of hope for the House leadership’s approach. Besides Trump’s backing, Vice President Pence attended a Senate Republican policy luncheon and, in a break with normal practice, joined McConnell and other GOP leaders at a news conference afterward to defend the House plan as “the framework for reform.” McConnell also said he planned to put the House bill on the floor once it reaches the Senate.

“We are certainly open to improvements and recommendations in the legislative process, but this is the bill, and the president supports the American Health Care Act,” he said.

Sen. Lamar Alexander (R-Tenn.), chairman of the Senate Health, Education, Labor and Pensions Committee that would consider health-care legislation, said Pence so far has been an able salesman for Trump, working on the front lines of Congress and understanding how to build consensus behind closed doors from his days in the House.

“He keeps coming to lunch after lunch. He’s always around, and his style is low-key,” Alexander said. “He doesn’t overstate his case.”

In another sign of the administration’s support, Health and Human Services Secretary Tom Price sent a letter Tuesday to key lawmakers calling the measure a “necessary and important first step toward fulfilling our promises to the American people.”

The dilemma Republican congressional leaders face is that if they change the legislation to appease hard-line conservatives, they are likely to alienate more-moderate members who are wary of disrupting insurance markets and taking away coverage from those who gained it under the ACA.

Four Senate Republicans have expressed worries about the plan’s possible impact on lower-income people who received Medicaid coverage through the ACA’s expansion of that program. The four senators are split on what proposals would meet their standards, but none is likely to support the course of action favored by many conservatives.

“What we need is not really from the White House — it’s the CBO on the cost estimates. That’d be most helpful,” said Sen. Susan Collins (R-Maine). 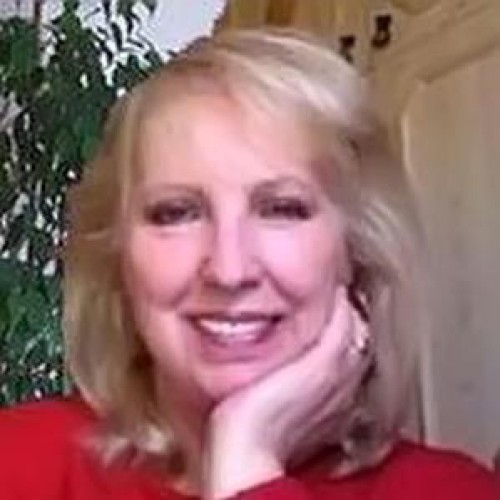